We are pleased to announce our very own Trevor Montgomery’s new Young Moon project will be debuting it’s new full-length Navigated Like the Swan released by the good folks at Western Vinyl.  There will be a record release show at the Hemlock Tavern Thurs. Aug 9th. w/ a solo set by yours truly as well as a set by our friend Lisa McGee, who will be playing her beautiful Vestals music.  Hope to see some local peeps at the show!  For those of you who do not live near by, please explore the above links to learn more about Young Moon.

While touring Europe last November with our friends Explosions In The Sky we had the honor of doing a live session and interview for the amazing Dutch radio station VPRO based in Amsterdam – think Holland’s answer to John Peel.  The session has finally posted on their site and we are happy to share it with you.  On the player link you will find live recordings of material from our recently released album ‘Blue Hour‘, an interview with Danny Grody, as well as a recording of a new piece that is most definitely a work-in-progess we affectionately call ‘For John Carpenter’.

Please follow THIS LINK to have a look and listen.

“The San Francisco-based guitarist Danny Grody is within the experimental rock a versatile musician in the broadest sense of the word. He was not only in 1996 together with Jefre Cantu-Ledesma, founder of the avant rock band Tarentel, also with Jefre and Trevor Montgomery he formed recently the trio Moholy-Nagy, along with Trevor, he is the electronic duo Believer, he had the solo project Furniture, made two albums under his own name with ambient guitar and since 2002 he has been the engine of the post-rock band The Drift . Almost ten years was the sound of The Drift determined by a mix of jazz, dub, Ennio Morricone-like guitar riffs, rock and especially characteristic trumpet playing.

By early 2011 the death of trumpeter Jeff Jacobs changed the sound of The Drift drastically. Out of respect for their fellow student and friend Jeff Jacobs chose guitarist Danny Grody, bassist Trevor Montgomery and drummer Rich Douthit sure not to substitute for and as a trio with a krautrock approach and tighter sound continue. This is clearly heard on the third full studio album ‘Blue Hour’ (CD, Temporary Residence Ltd.. 2011) that The Drift as an ‘obituary’ made for Jeffrey James Jacobs.

In this portrait of The Drift session and an exclusive interview with Danny Grody. Both were recorded on November 17, 2011 in Studio Desmet.”

We are super happy announce a show up in Seattle organized by the good folks at Hollow Earth Radio and the annual Cumulus Festival.  Please join us for an evening of instrumental music… 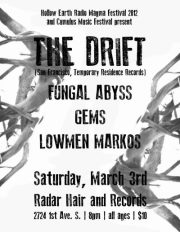 We are very happy to be sharing the bill with our long-time friend Marty Anderson’s project OKAY.  It’s been some time since his last live show so this should be a very welcome return.  Martha Grover of Somnambulist will be opening the evening with readings in celebration of her newly published One More For The People.  Hope you can join us! 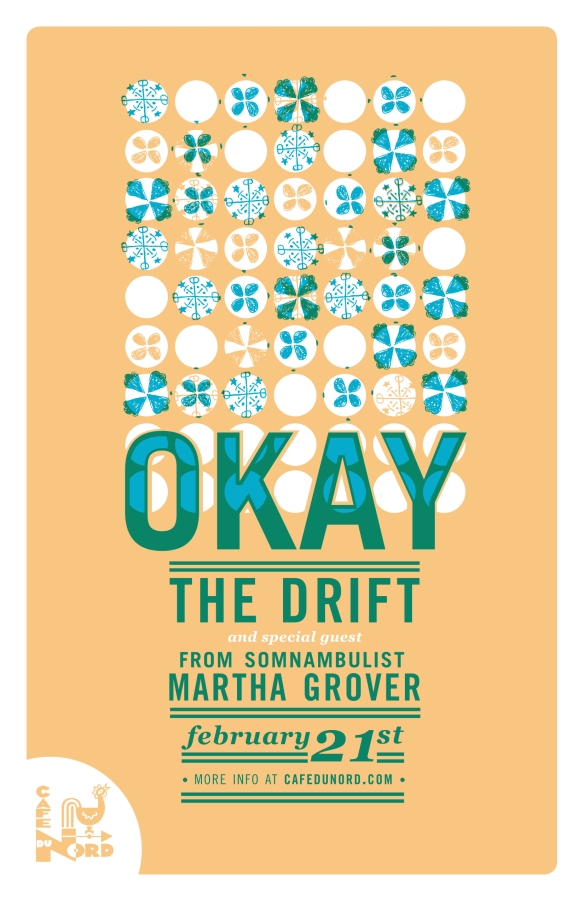 We are psyched to be playing the first show of the new year with some amazing local bands.  This should be a great mix of music and it just so happens to be on our bassist Trevor Montgomery’s Birthday so come on out, hear some tunes, and celebrate with us!!! 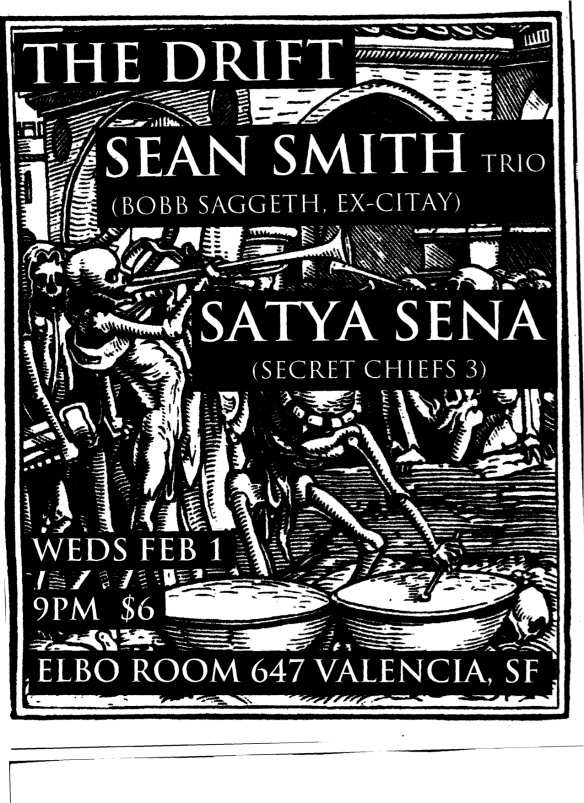 We are very excited to invite those of you living in and around the SF/Bay Area to our official (albeit belated!) record release show for our new album ‘Blue Hour’ on Temporary Residence Limited.

The evening will be presented by (((folkYEAH!))) with additional live sets by Brookhaven (Oakland/Expel Recs) and our friends North America traveling through on tour from Albuquerque, New Mexico.  There will also be a very special DJ set by Colm O’Ciosoig (My Bloody Valentine / The Warm Inventions).  Hope to see you there!

Just landed back home after three wonderful weeks playing shows throughout Europe! We are truly grateful for the opportunity to have played for the amazing audiences in so many beautiful cities. Endless thanks to our good friends Explosions In The Sky for letting us tag along and to the many kind folks who helped us with accommodations, home-cooked food, and making us feel welcome. It was a total dream. We hope to see you all again very soon! 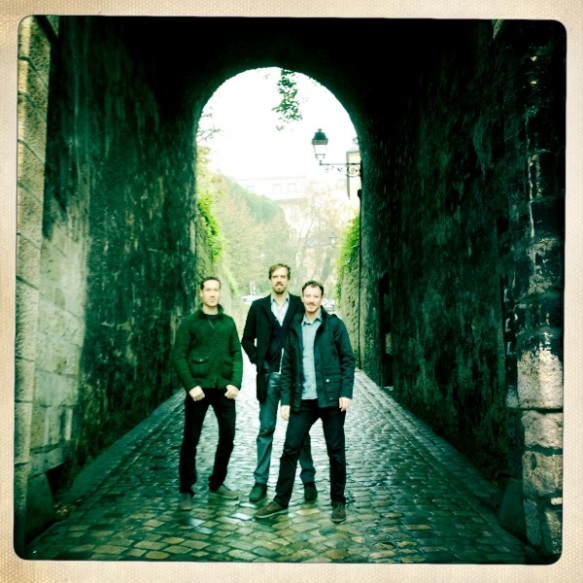 Please visit the below links for a bunch of tour pics :

The always wonderful music/art/film site Sound Colour Vibration has run a very touching review of Blue Hour.  Many thanks to Erik Otis for digging deep and reminding us why we do what we do…

It feels strange to say that we are featured on Rolling Stone, but.. it’s true!  Our song “Luminous Friend” is a featured track which you can download for FREE.  They also asked us to give a little backstory to the song, which gave the feature some extra dimension we were happy to share.  Hope you enjoy the words and music.  This ones for you Jeff!  We love you and miss you!

We were recently asked by the folks at the Indy Rock Reviews website to create a guide to our fair city from any perspective of our choosing.  We decided that what immediately stands out was not simply the urban local, but also the varied and rich surroundings that can be found within earshot.  Hope you enjoy the read… especially those of you unfamiliar with this lovely place we call home!  Come and visit!